Case Study (on-going) on how to reboot a 'sleeping' group with an email list.

Contact your nation/region 'Gardener' or the Data Team Reception if you are interested in using the power of Action Network to do the same or something similar as explained below.

Contact email > Unresponsive. So updated the map with the Midlands gardener email for now.

Action Network > Email list of 83. Last email sent Dec 2020. No response yet from trying to contact the three admins listed for the group - so reverted them to 'organisers'.

Create a form on the XR Rugby list to advertise a 'reboot' meeting. Used a bright graphic, a page wrapper and a custom question and remember to add the GDPR question. (Contact data team reception for help on this. 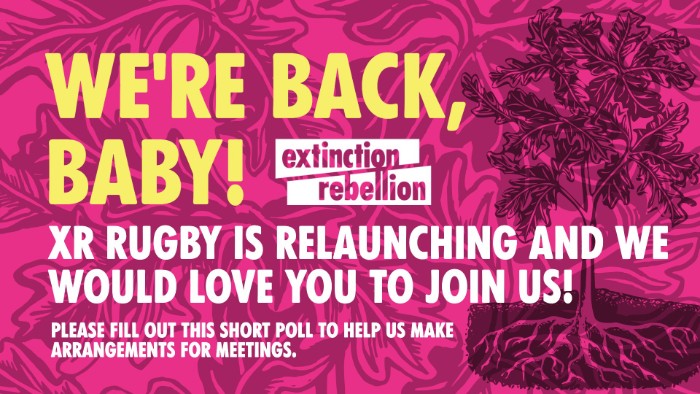 Dear Rugby Rebels, Some new local rebels are keen to get XR Rugby up and running again and would love the support of all of you to get the ball rolling! If you're interested in joining us for a meeting, please respond to this one question poll...

We hope to relaunch very soon, so if you're an existing rebel and we haven't managed to locate you yet, please do reply to this email so we can get to know you.

Adding extra subscribers from UK list Obviously should probably have done this first!

Anyone with access to the email list at UK level can do a search for any subscribers with postcodes close to Rugby - decided this would be...... and using regular expression to search for these.

And Exclude any already subscribed to XR Rugby

Repeated with CV23 postcode and excluded any already joined to XR Rugby or XR Coventry. Ditto with tag and subscribe. Gained another 17.

So all these new addtions got the email triggered in the ladder.

Awaiting results of any additional interest from the new subscription.... to be continued

In the meantime finally managed to get hold of some of the existing group via Facebook and be accepted to the Facebook group and then posted an advert to this action network form on there too.

Got 16 responces from a mixture of the original email, from when added extra subsribers from the UK list and from posting on the facebook group.

All but one person has chosen either 'in person' or 'any'. So this is looking promising for now sending out an email for an in-person meeting.

Updated the auto email that was created in a ladder for all new subscribers. Now is just a general welcome email

Then sent email to full XR Rugby list with information of reboot meeting Also created and event on XRMidlands and co-hosted the XR Rugby Facebook PAGE and asked the admin to accept the co-host. Also posted to the Facebook GROUP. 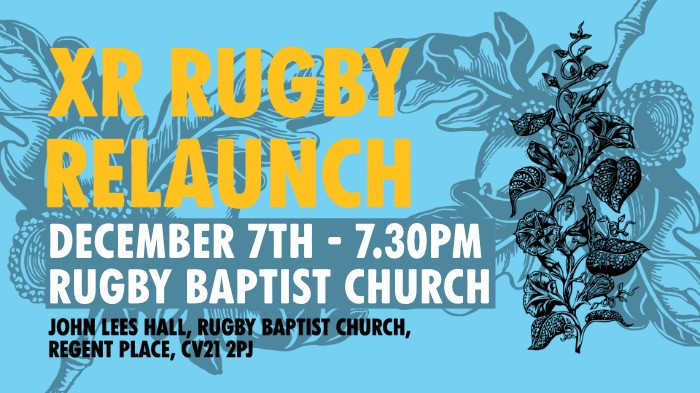 12 attendees at Rugby meeting including Midlands Gardener and new member who was original seed for the idea of a reboot. Plans made