1.2 Why should we care about a few degrees of heating?

"It is generally foolish to bet against the judgments of science, and in this case, where the planet is at stake, it is insane.” Professor Steven Weinberg, Nobel-Prize winning Theoretical Physicist, 2018

Over the past 12,000 years the Earth’s climate has been remarkably stable. It was this stability that gave the predictability and security that was needed for agriculture and human civilisation to develop, without which we could not have flourished. However, the burning of fossil fuels, large-scale deforestation and intensive farming practices that have been taking place since the start of the Industrial Revolution are causing us to now rapidly leave that period of climate stability behind and head into the unknown. As a result, we risk disrupting our planet’s environmental conditions way beyond that which we can adapt to. Indeed, we are already beginning to see the consequences - see section on what’s already happening to our planet as a result of global heating.

The average surface temperature of our planet has now risen by around 1°C since pre-industrial times. One degree may not sound like much, but the Earth is so massive that it takes a colossal amount of energy to warm it by even a tiny amount. In fact, the current rate of global heating is the equivalent energy of five nuclear bombs going off every second. Adding this much energy to the Earth’s climate inevitably has huge knock-on effects, causing extreme weather events across the globe, melting ice caps and disrupting life on land and in our oceans, which puts stress on agriculture and endangers fresh water supplies. The rise in global average temperature between the last ice age (over 17,000 years ago) and today is 4.5°C - yet we could see a similar amount of heating by the end of this century, in a fraction of the time.

At just 1°C of global heating, climate change is already here and is having devastating impacts on people and ecosystems across the world. Every fraction of a degree of further warming will not only exacerbate these impacts but also increase the risk of triggering irreversible tipping points. We are on course for things to get an awful lot worse over the coming decades unless we act radically and act NOW. Yet our governments continue to procrastinate and delay meaningful action. 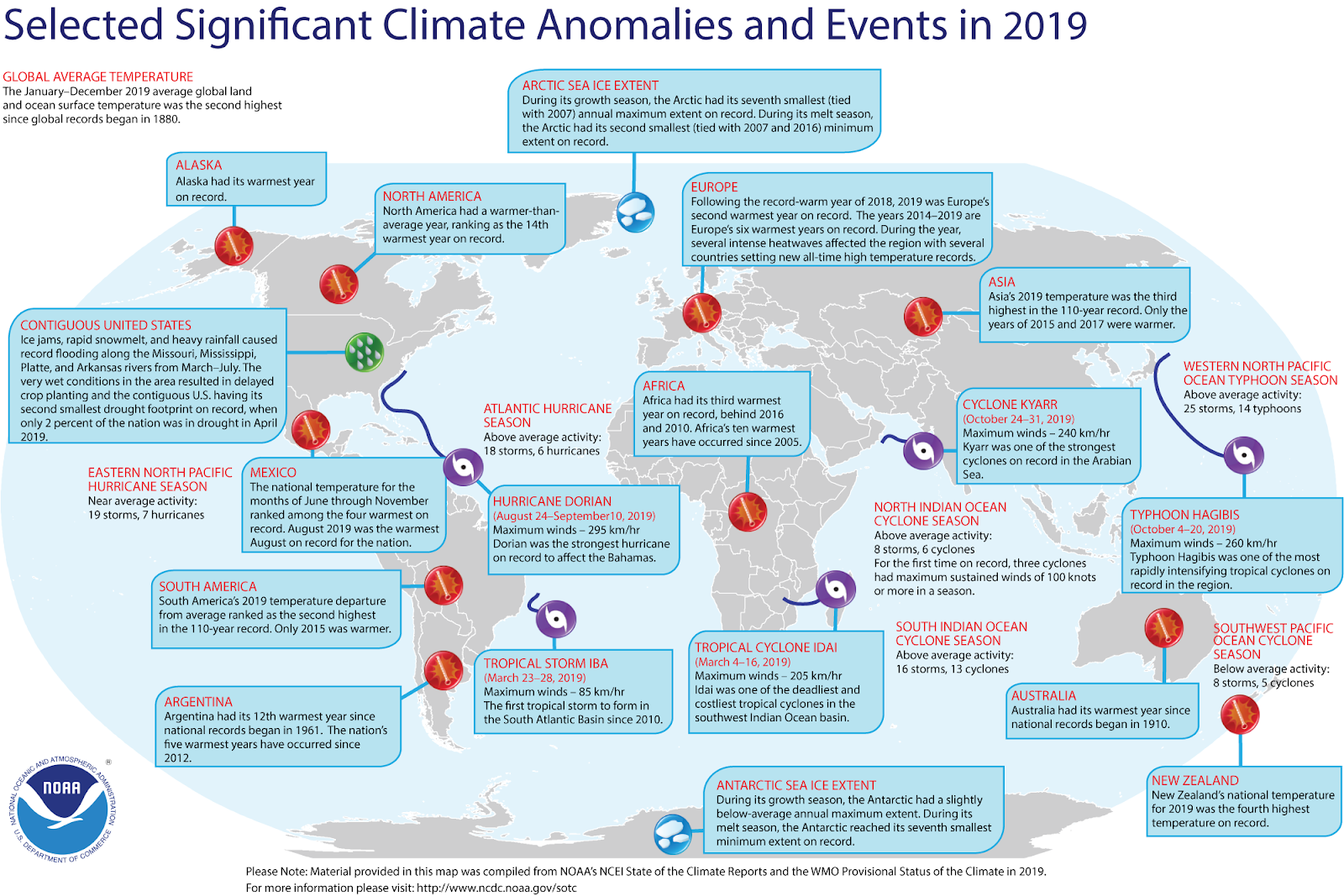