1.3 Hasn’t the Earth been hotter in the past?

The planet is now very probably hotter than at any point in at least the last 125,000 years, long before human civilisation began, when sea levels reached over 6 m higher than they are today. 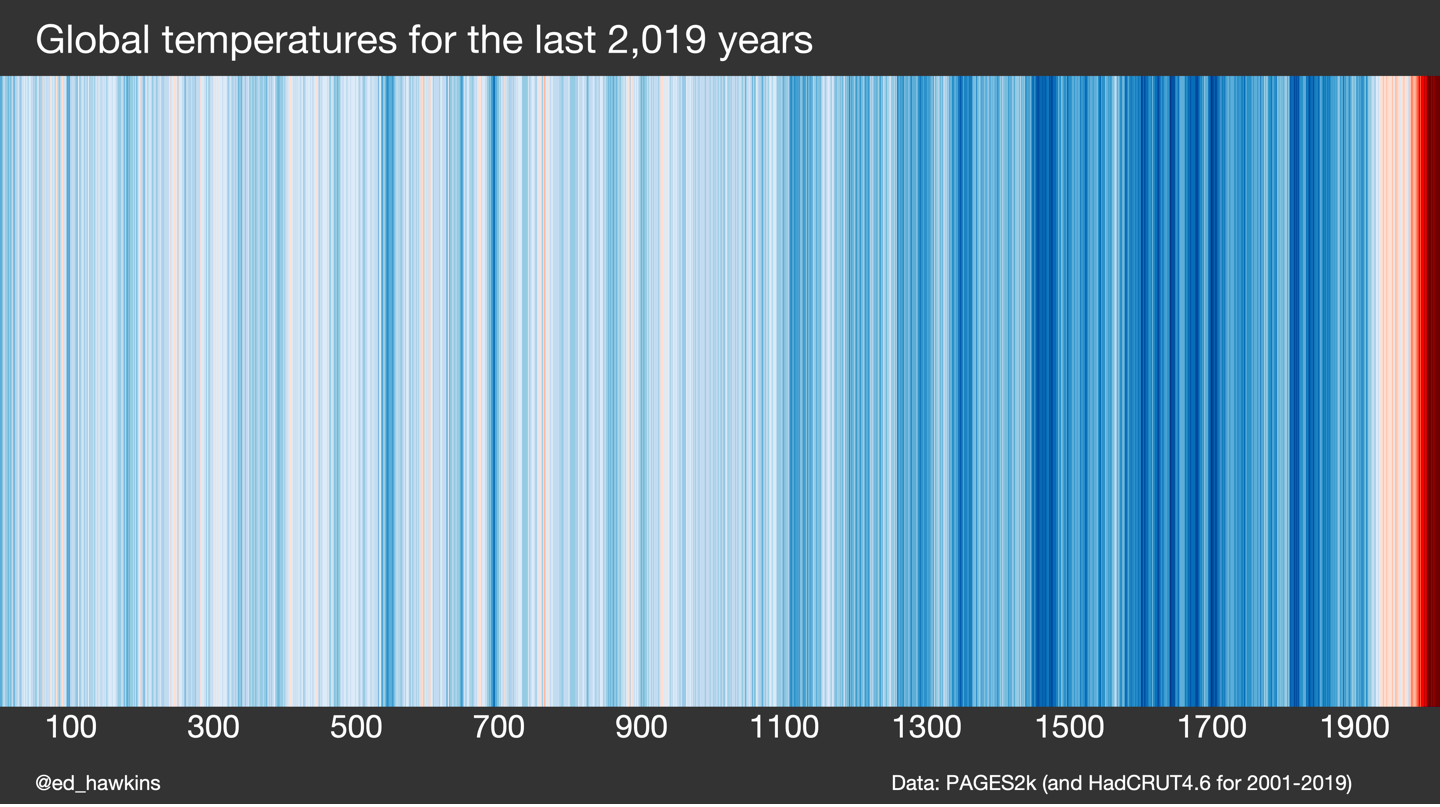 But what’s even more concerning is how fast our temperatures are rising. Over the past 45 years, our planet’s temperature has been increasing a whopping 170 times faster than the baseline rate of cooling over the previous 7,000 years. Indeed, our current rate of warming is unprecedented over the last 10,000 years. 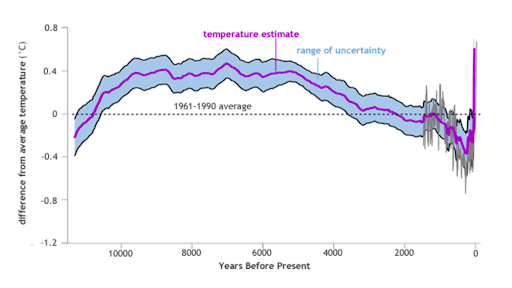 Over the rest of this century, future temperature rises are predicted to be taking place not just much faster than it did during our recovery from the last ice age but hundreds of times faster than any extended period of warming in the last 65 million years. That’s when the dinosaurs went extinct. Crucially, when temperatures rise this fast, it is impossible for many living creatures and plants to have time to adapt to such changes. Not to mention the fact that many places on Earth that creatures would have previously used to take refuge from increasing temperatures have now been degraded, fragmented or colonised by human activities.

To make matters worse, geological records show that there have been some incidences of abrupt climate change in the past, when just a small change in one element of the climate system led to rapid changes in the whole system that have taken place over the course of centuries or even decades. This suggests the terrifying possibility that if we push global temperatures over a certain threshold today (which could happen at any time), we could trigger abrupt, unpredictable and potentially irreversible changes over the course of decades or even years - leading to large-scale impacts and massive disruption.

The bottom line is that the changes in temperatures that we’ve been seeing on our planet in recent years are truly unprecedented. At a time when sunspot activity is decreasing and when, according to the Earth’s natural orbital cycles, we ought to be cooling down and heading slowly towards our next ice age (see section on the effects of natural fluctuations in carbon dioxide), instead, greenhouse gases (such as carbon dioxide) from human activities are causing global temperatures to rise at a terrifying rate.

As our carbon dioxide levels reach concentrations not observed for millions of years (see section on what greenhouse gas emissions are like today), we will inevitably soon surpass any past climates experienced by humans.