Since the Industrial Revolution, humans have been pumping enormous additional quantities of carbon dioxide into the atmosphere due to the burning of fossil fuels: coal, oil and natural gas. Fossil fuels are naturally occurring substances that were formed millions of years ago from the remains of dead plants and sea-creatures. When these fuels are burnt, the carbon compounds that have remained trapped underground for millions of years are converted into carbon dioxide and released, adding extra carbon dioxide into the atmosphere that would not naturally be there.

In addition, deforestation on massive scales to clear land for agriculture and livestock has released huge amounts of carbon dioxide back into the atmosphere, and has also meant that there are increasingly fewer trees to absorb excess carbon dioxide from the air (see section on deforestation).

At the same time as humans have been burning fossil fuels and clearing forests, they have also been churning up our planet’s soils through intensive farming practices. Healthy soils hold around 70% of the planet’s land-based organic carbon. However, when soil is repeatedly ploughed or compacted by heavy machinery or livestock, its ability to store carbon is compromised and vast quantities are released back into the atmosphere in the form of carbon dioxide (see section on soil degradation). The graph below shows just how strikingly carbon dioxide levels have changed over the past 1,000 years. 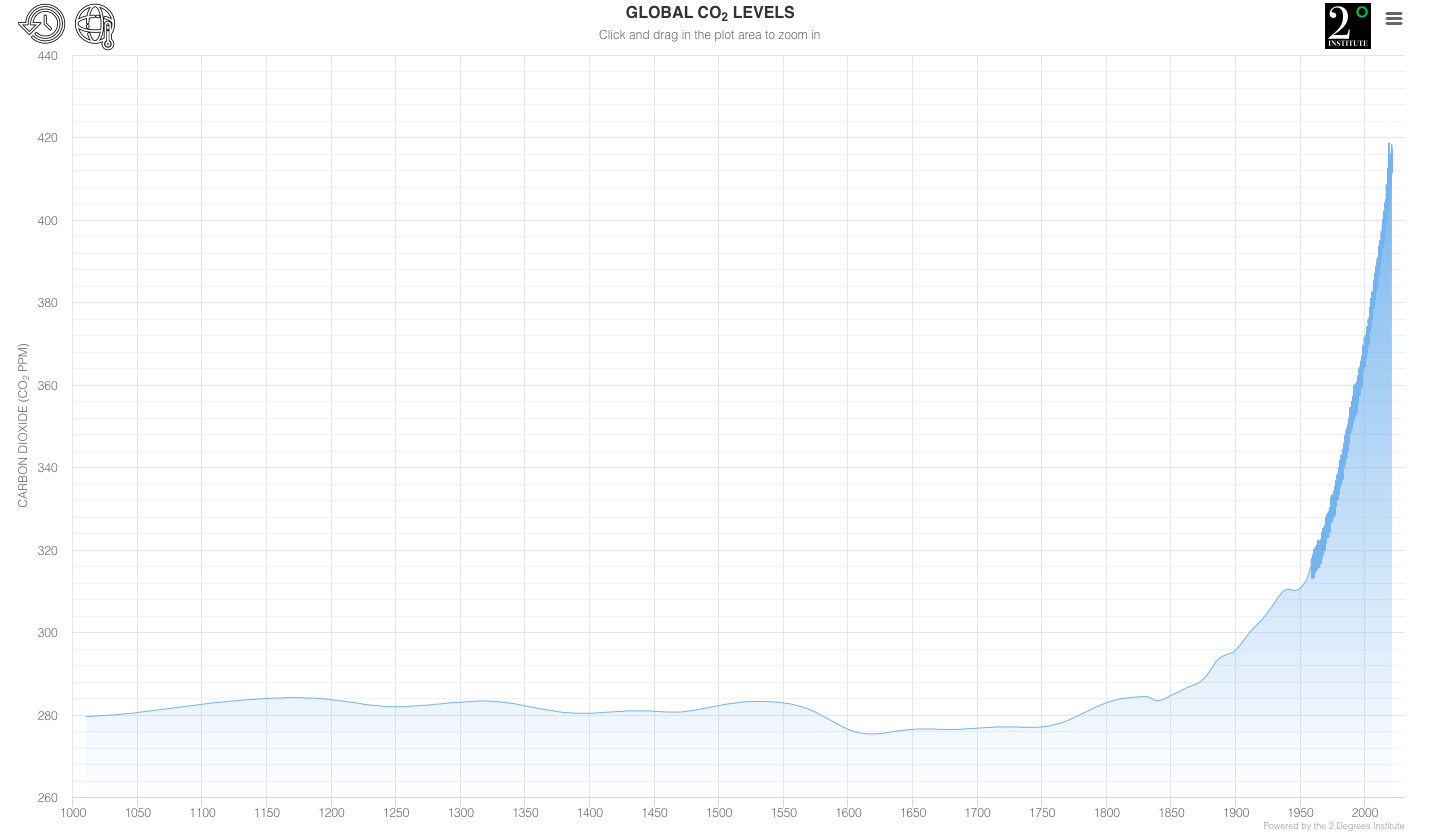 It’s not just carbon dioxide levels that are increasing due to human actions. Methane levels have more than doubled in the last 150 years. Leaks from the oil and gas industry contribute heavily to the amount of methane in our atmosphere, but the waste sector and agriculture are also major sources. There has also been a huge increase in the number of rice-producing paddy fields and in the breeding of cattle for the meat and dairy industries. Microbes in the waterlogged soils of flooded rice fields release large quantities of methane, as do cows and sheep when they burp and fart due to the presence of similar kinds of microbes in their stomachs that help them to digest grass. In addition, fertilisers and animal waste produce large quantities of nitrous oxide, increasing its levels by around a third in the past 150 years. (See sections on intensive agriculture and livestock farming).

As our greenhouse gas emissions have risen, so too have global temperatures.