Infinite Growth: Now Is Time To Plant A Wildflower

Our landscape for action has changed. With dolphins returning to the canals of Venice, cougars being sighted in inner-city Santiago and pollution levels dropping in isolated cities worldwide, we find we have an extended midnight hour. What are we going to do?

Let us mourn life as we knew it, but also follow the flow, and find that ideas that were previously impossible can blossom.

(Dolphins in Santiago, Cougars in Chilean capital , Airplanes are grounded) 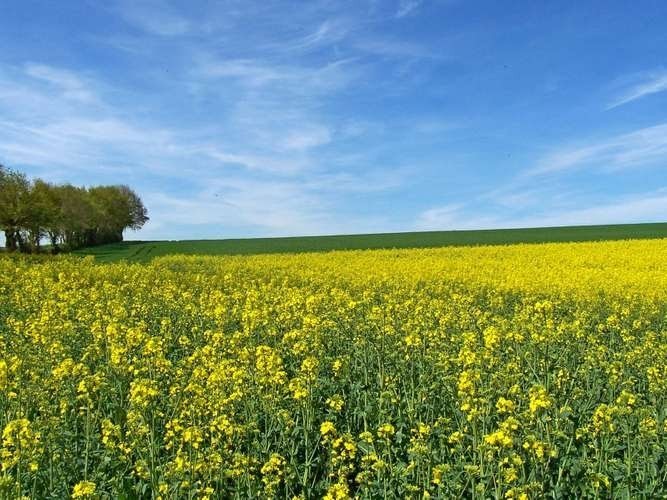 Bright: Yellow is visible from a distance and speaks of sunshine, hope and happiness.

Hardy: Mustard will grow in just about any soil without any problems. It prefers a neutral soil but slightly acidic or alkaline soil is unlikely to give it problems. Avoid waterlogged soils.

Tall: Expect the plants to grow to about 60cm high.

Cleansing for the soil: it’s a green manure.

Now’s the time: sow in spring.

Things to think about

Mustard seeds are one of the easiest crops to grow. Quite literally you could throw some on a bare patch of land, water them and end up with a good crop. Probably a better idea is to dig the soil first, draw a 1cm groove in it with a trowel and lightly sprinkle seeds in the groove. Cover the seeds with earth and water well. If you are growing more than one row space the rows 30cm / 10in apart. 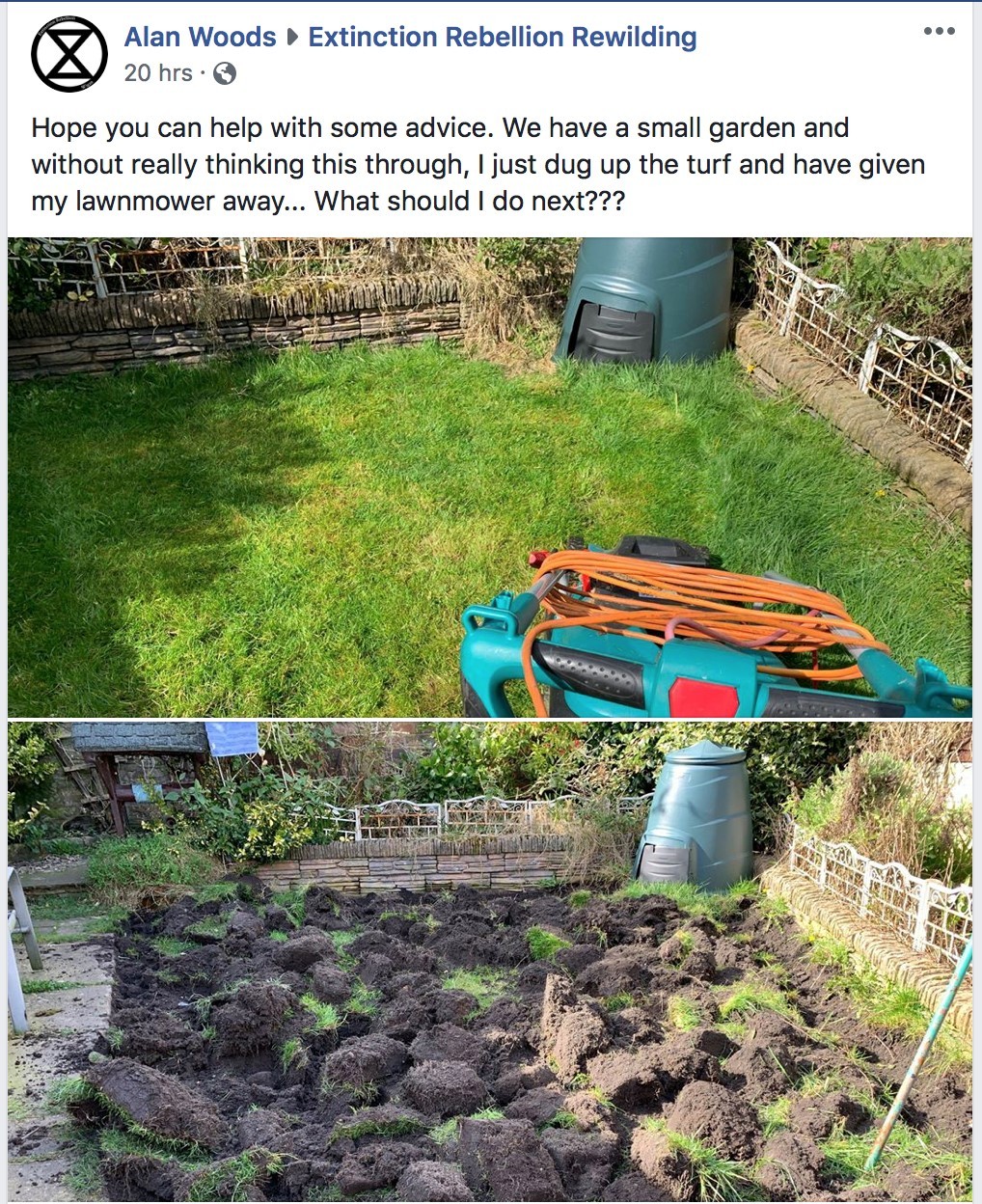 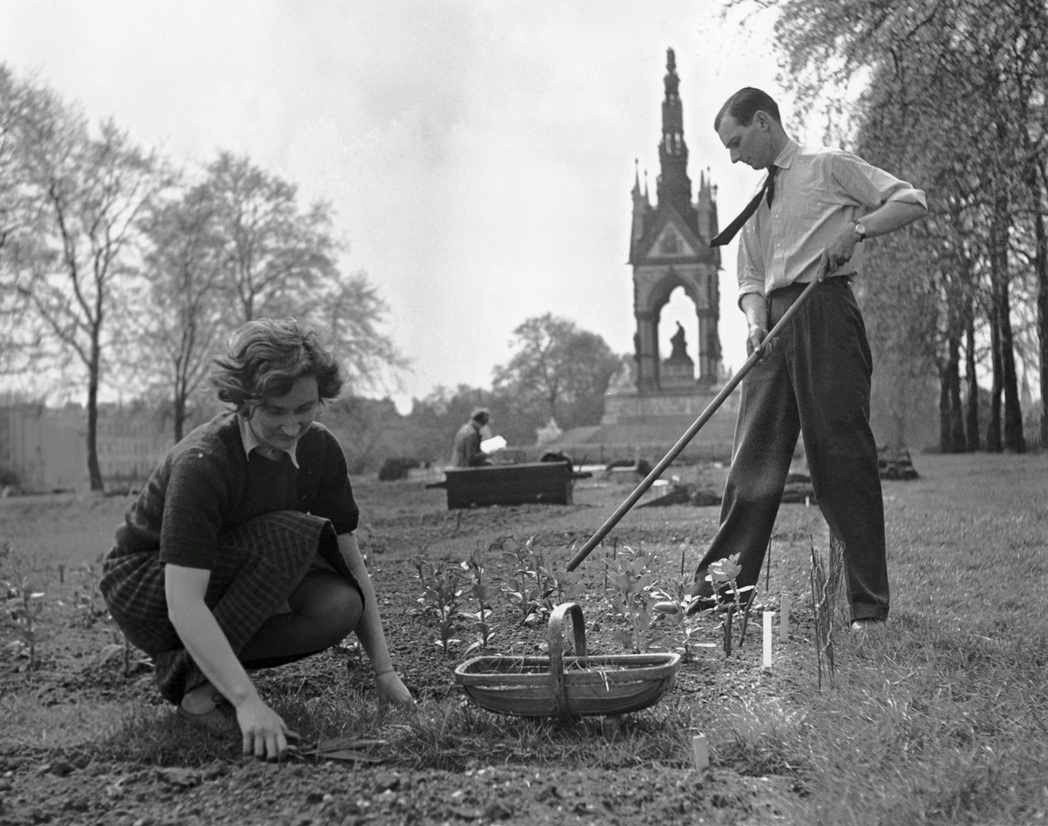 Other Ideas: Dig For Victory:

Make an allotment patch in your garden/street area. Grow vegetables. Use #infinategrowth share what you’ve been doing and connect to other gardeners.

This could connect to a MAKE DO AND MEND style campaign (speak to fashion action: xrfashionaction@gmail.com) These are very simple ideas but they remind us of our connection with the earth and materials, and the wartime analogy taps into a sense of pride that can be used to foster a sense of duty towards care for the planet.

Some info: In the 1930s 75 per cent of pre-war Britain's food was imported by ship and the German U-boat blockade threatened the home front with starvation. According to the War Cabinet's records, annual food imports had halved to 14.65 million tonnes by 1941

The ‘Dig for Victory’ campaign was set up during WWII by the British Ministry of Agriculture. Men and women across the country were encouraged to grow their own food in times of harsh rationing. Open spaces everywhere were transformed into allotments, from domestic gardens to public parks – even the lawns outside the Tower of London were turned into vegetable patches. Leaflets were part of a massive propaganda campaign aiming both to ensure that people had enough to eat, and that morale was kept high. The current recession, as well as a new awareness of ‘food miles’ and climate change, has increased the demand for vegetable growing plots and the trend is supported by new, comparable government initiatives.